Learning to Live Again – My story 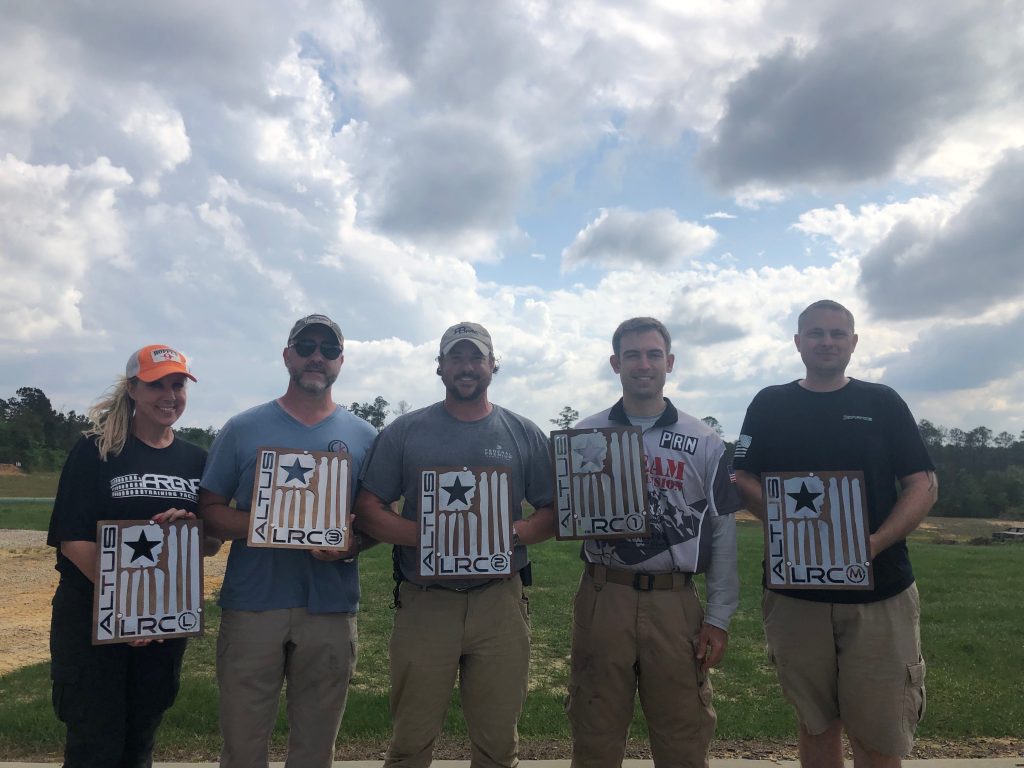 A good night sleep, great coffee and your rifle/ammo ready is the best solution for a great match!

The day started early around 7:45 a.m.  I ran down to the zero range to make sure my rifle was ready and boy was she ever!  Since this was a one day match, we only had 10 stages to complete. Spencer Berry, who is no stranger to this sport, was the Match Director and he had a great course of fire planned out. Spencer spiced a few stages up by having different barricades to shoot from (the logs, the bombs) and even put the dreaded boat into play.  Every competitor shot in the 10-15mph wind gusts.

There were 60 competitors who came out to play. Mike, Josh and the gang who run Altus Shooting had the place superbly ready!  After the star spangled banner played and we all said the Pledge of Allegiance, the day was ready. 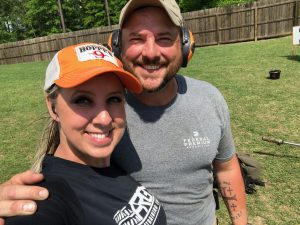 I brought my custom built GA Precision 6mm Creedmoor with the Templar VII action, 26″ Bartlein Barrel, APA Little Bastard brake, Timney Calvin Elite trigger. All this glory is wrapped up in a Manners Composite Stock EH-1A. I have the Bushnell Elite DMRII Pro optic with the G3 reticle. My Bushnell is set in Seekins Low Rings. I reload all my ammo on my RCBS reloading equipment which includes the Rock Chucker, Universal case prep, Chargemaster lite and the Summit press.  I use Lapua 6mmCreedmoor brass, Federal Premium 205 match small rifle primer, Hodgdon 4350 and Berger 105gr Hybrid bullet. I have the Kestrel 5700 applied ballistics for my data.  All the equipment with the ammunition alongside my Kestrel, work hand in hand together for that perfect shot on the target. All my support bags are by Armageddon Gear.  I carry the Armageddon Gear OG Gamechanger in wax canvas and either the Large Fat Bag or the Big Ass Fat Bag. 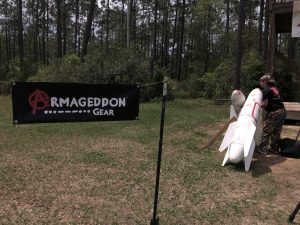 We had alot of fun stages which included Stage 10 The Armageddon Gear “Toms Bombs”.  This stage had two inert 250 lb bombs that was used as a stage barricade. On the command engage, shooter will move to 1 of the 4 designated positions on the bombs and engage the pig targets near to far with 1 round each. Shooter will repeat this for the remaining 3 positions. No position may be repeated. 1st Pig at 348 yrd, 2nd pig at 423yrd. Time: 1min 45sec, 8 rounds.  This stage had the stage prop of Armageddon Gear’s newest Gamechanger, The Sticky. You definitely needed this Gamechanger to be able to “stick” to the bombs!

Every PRS match you compete in, you are shooting positional. Positional shooting is usually just shooting off of different barricades whether they are man made or natural terrain. The key to positional shooting is getting a good stable position. You won’t be comfortable sometimes getting into these positions, but keep in mind that all the competitors are shooting off the same barricades. There were a few prone positions, but none the less there were challenging winds to contend with at this match.

Another unique stage that Spencer threw in was Stage 1 “Log climb”. Shooters will start with all equipment in hand mag in bolt back. On the command engage, shooters will move to the lowest log and engage Target A2: 199yrds, Target A3: 304yrd and Target A4: at 399yrds with 1 shot each. Shooters will then take a position on the next log up and repeat the sequence for all four logs. Time: 1min 45sec, Round count 12.  This stage has not been in play for several years. It was definitely a welcoming sight! 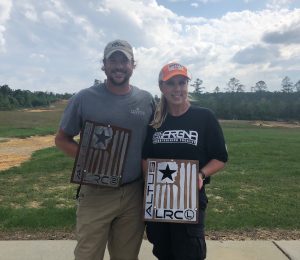 Out of 60 competitors I placed Top Lady and 8th overall (there was a 3 way tie for 7th place, so you were ranked by your last name which landed me at 8th). Congratulations to Patrick Proctor for the WIN and to my Hubby Jim Gilliland for taking 2nd and Bobby Keigans 3rd. Roy Drew walked away with Top MIL.

Always a big Thank you to my wonderful sponsors for allowing me to represent them on good and not so good days! GA Precision, Bushnell, Hoppe’s 9, Armageddon Gear, Berger Bullets, RCBS, Federal Premium, XGO, Lapua and Manners Stocks. Please click the links on their names to visit their site.

Permanent link to this article: https://thelifeofmissy.com/2019/04/14/altus-long-range-series-prs-one-day-match/